The Best Books on Lahore


1. City of Sin and Splendour: Writings on Lahore by Bapsi Sidhwa 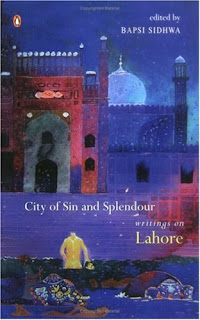 'The ancient whore, the handmaiden of dimly remembered Hindu kings, the courtesan of Mughal emperors', the 'Paris of the East', Lahore is more than the grandeur of Mughal forts and gardens, mosques and mausoleums, the jewel colors of everlasting spring. It is also the city of poets, the city of love, longing, sin and splendour.

This anthology brings together verse and prose: essays, stories, chronicles and profiles by people who have shared a relationship with Lahore. From the mystical poems of Madho Lal Hussain and Bulleh Shah to Iqbal's ode and Faiz's lament, from Maclagan and Aijazuddin's historical treatises and Kipling's chronicles' to Samina Qureshi's intricate portrai5ts of the old city and Irfan Hussain's delightful account of Lahori cuisine, City of Sin and Splendour is a marriage of the sacred and profane. City of Sin and Splendour is a sumptuous collection that reflects the city it celebrates.

This anthology brings together verse and prose: essays, stories, chronicles, and profiles by people who have shared a relationship with Lahore. From the mystical poems of Madho Lal Hussain and Bulleh Shah to Iqbal’s ode and Faiz’s lament; from McLagan’s and Aijazuddin’s historical treatises and Kipling’s ‘chronicles’ to Samina Quraeshi’s intricate portraits of the Old City and Irfan Husain’s delightful account of Lahori cuisine, Beloved City is a marriage of the sacred and profane. Significant Pakistani writers like Intezar Hussain, Aamer Hussain, Kishwar Naheed, Bapsi Sidhwa, Sara Suleri, and Ashfaq Ahmed have also contributed to this volume. Sidhwa’s introduction to the anthology is a sentimental piece too.

3. Lahore: Portrait of a Lost City by Som Anand

Som Anand spent his childhood and youth in Lahore where his father, Faqir Chand Anand, was a respected banker. Som grew up totally free of religious communalism because he consorted with who shared his world view.

When Partition took place, the Anands decided to stay on in Model Town and Som was a witness of the communal excesses which took place at the time. In this loving and sensitive memoir, which recalls a pre-partition Lahore of harmony and peace, Sam seeks to restore his spiritual link with the great city of his childhood.

In Model Town, the suburban hideout of the wealthy aristocracy, the Hindus and Muslims lived in social isolation from each other but were friendly. In Icchra, Lahore’s suburban village, Som consorted with the followers of Allama Mashriqi.

In the inner city, he mixed with the Fakirs of Fakir Khans. He saw Ataullah Shah Bukhari calm down a crowd that had just broken the head of Zafar Ali Khan, the editor of Zamindar. He was friendly with the Bedis, and knew Englishwoman Freda Bedi who wrote her book about Punjabi women while she waited for her communist husband to be released from prison. The book is full of anecdotes and stories which should both delight and sadden many people across both sides of the historical divide.

4. Illustrated Views of the 19th Century by F.S. Aijazuddin 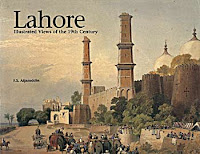 Pakistan's most important scholar of 19th century imagery shares his often personal collection of engravings, lithographs, paintings and numerous photographs of the old capital of Punjab. Fascinating captions add to an outstanding volume. 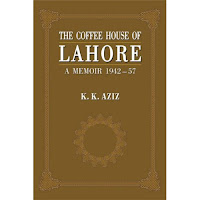 The Coffee House of Lahore: A Memoir, 1942-57 was published in 2008 and Aziz, in the opening chapters, tells us about the genesis of his passion to document this memorable phase of our contemporary history.

Whenever an intellectual, cultural and literary history of Lahore (or the Punjab and Pakistan) is written, the diverse circles which met and discoursed in the Coffee House will have to be described in detail and the ever-widening waves of their influence recorded. As nothing has been written so far on the subject and I don’t see anything in the offing, I give below a list of the important persons who I can recall. 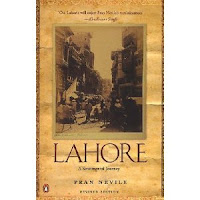 Lahore, first published in 1993, is Pran Nevile’s tribute to the land of his birth. Grounded in memory and redolent with nostalgia, Nevile’s reminiscences transport the reader into the heart of Lahore as it was in the 1930s and 40s”a city bustling with activity where people coexisted harmoniously, unfettered by considerations of religion, region or caste. From the riotous seasonal festivities of kite-flying to clandestine love-affairs upon rooftops, from matinee shows at the cinema to twilight hours spent amongst the bejeweled dancing girls of Hira Mandi, Lahore emerges as a city of mesmerizing contradictions and chaotic splendor. The author underscores the contrast between pre- and post-Partition Lahore, and the sense of pain, loss and longing for one’s homeland experienced by the displaced millions in India and Pakistan is palpable. Evocative and informative, Lahore is at once social commentary, historical documentation and memoir.

Old Lahore , a book published in 1924, made up of “the reminiscences of a resident” by the name of Colonel H.R. Goulding ISO, VD, late ADC to the King Emperor. It also includes a historical and descriptive account of the city by T.H. Thornton, BCS, “for many years Secretary to the Punjab government.” Colonel Goulding – in whose memory one of Lahore’s roads is named, unless it is now called Shahrah Subedar Sumandar Khan – recorded his memories of the city by way of articles published in the Civil and Military Gazette from 1922 to 1924. They were later put together in a booklet by E.D, Maclagan, whose family links with Lahore went back to 1846. His father, an engineer, used to occupy quarters over the Hazuri Bagh gate of the Lahore Fort. Thornton and J. Lockwood Kipling, father of Rudyard Kipling, produced summaries of the history of Lahore, which were printed in 1860 in a guidebook. Kipling was principal of the Lahore School of Art, which then became the Mayo School of Art and today we have it as the National College of Arts

The dancing girls of Lahore inhabit the Diamond Market in the shadow of a great mosque. The twenty-first century goes on outside the walls of this ancient quarter but scarcely registers within. Though their trade can be described with accuracy as prostitution, the dancing girls have an illustrious history: Beloved by emperors and nawabs, their sophisticated art encompassed the best of Mughal culture. The modern-day Bollywood aesthetic, with its love of gaudy spectacle, music, and dance, is their distant legacy. But the life of the pampered courtesan is not the one now being lived by Maha and her three girls. What they do is forbidden by Islam, though tolerated; but they are gandi, "unclean," and Maha's daughters, like her, are born into the business and will not leave it. Sociologist Louise Brown spent four years in the most intimate study of the family life of a Lahori dancing girl. With beautiful understatement, she turns a novelist's eye on a true story that beggars the imagination. Maha, a classically trained dancer of exquisite grace, had her virginity sold to a powerful Arab sheikh at the age of twelve; when her own daughter Nena comes of age and Maha cannot bring in the money she once did, she faces a terrible decision as the agents of the sheikh come calling once more.

8. Amritsar to Lahore: A Journey Across the India-Pakistan Border by Stephen Alter

In a sentimental journey undertaken to mentally erase the barriers created by history, Stephen Alter comparatively chronicles culture, life and activity on both sides of the India-Pakistan border and offers an unbiased and highly perceptive picture. Pakistanis view Indians with a "combination of affection, indifference and animosity", a complex attitude objectively portrayed in this travelogue. While emphasising similarities, Alter also dwells on the differences in 'national culture' brought about by partition and 50 years of separation- e.g. segregation of sexes is very marked in Pakistan; differences in dietary conventions exist ("being non-vegetarian is an integral part of Pakistani identity"); and political cultures vary from an Army-adoring Pakistan to "the world's largest democracy". Even in the desire of peace between the two countries, Alter notices an important distinction between "coexistence and cohesion". While ordinary Pakistanis prefer amicable relations with India, they are "unwilling to deny the reality of Partition". Many Indians, on the other hand, wish to "reclaim a lost homeland" and challenge the two-nation theory's very basis, a viewpoint that increases the insecurity of the smaller neighbour. All in all, Alter's travelogue is a treasure-trove of information and a border-piercing cruise that will strike a chord in every sub-continental heart.

LAHORE DISTRICT FLORA By the late Shiv Ram Kashyap. DJSc., F. A. S. B., R. B., I. E. S., Professor of Botany, Shiv Ram Kashyap died on the 26th November, 1934 For the last several years before his death, he was working on this Flora, for in India there are very few small local floras, specially in those districts which are seats of University instruction. It is not possible for all students of the B. Sc. Pass or even for B. Sc. Honours School classes to consult a work like Flora of British India. They need a smaller volume which could be used both in the classroom and in the field. It was to meet this difficulty that the late Professor took up the writing of the Lahore District Flora. Prof. Kashyap made tho collection of plants on which this book is based and also made all the sketches illustrating this volume but before he could complete the book his life was suddenly and prematurely cut short by the cruel hand of death. He had written out the descriptions of plants from the Itananculacece to Leguminosece . Mr. Amar Chand Joshi, an old student of ours now Assistant Professor of Botany, Benares Hindu University, who had been helping the late Professor during his holidays in the preparation of the manuscript, readily agreed at my request to check rewse and complete the manuscript of the Flora. Mr. Joshi checked by comparing with the specimens nu only in the Panjab University Herbarium but also in the Herbarium of the Royal Botanical Gardens, Sibpur, Calcutta. Mr. Joshi followed the plan adopted by Professor Kashyap in describing the plants. The book deals with all the flowering plants found wild in the Lahore

Posted by Shiraz Hassan at 1:24 AM